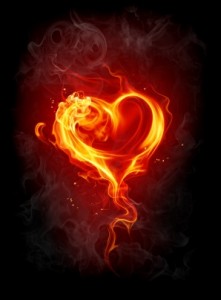 It has been said, “Of all things, the human heart is most deceitful and desperately wicked.” However, from it flow the springs of life. In this post I plan to explore the current desires of my heart in order to discover a greater awareness of myself and ascertain a greater understanding of our most central organ.

One heart has many desires and over a lifetime millions are felt in between the intervals of its pulse. While a select few are acted upon, it has been my experience that most, for better or for worse, either dissolve into oblivion or are amassed within the innermost chambers, labeled with the tag, “maybe one day.”  Last summer, as I performed an inventory of my desires both great and small, I discovered some amazing things. In my post from August 2017, I shared how my desire to be the best servant of God I can be, supersedes my desire for a wife (which is a great desire). As the inventory continued, I recognized the immeasurable joy my soul experiences when I finally take action and transform one of my “maybe one day” desires into a tangible reality. This experience was notably first felt when I purchased and learned how to ride a motorcycle. Now, as I ride through the back country roads of San Diego County, my soul is fed, not only through the fullness of the moment at hand, but through the totality of the sensation on a meta-scale; namely, the fulfilling of a desire I’ve had in my heart ever since I saw Snoopy and Woodstock cruise through the desert on a chopper in an episode of Charlie Brown back in the 80’s. Speaking of back country roads…a little detour. Have you ever been driving down the road and all of a sudden realize, “I have no recollection of the past x miles of road?” Like, I know I’ve been driving, and I know I’ve been alert (or at least semi-alert), but I feel as if I’ve jumped a segment in space. This happens to me from time to time when I get absorbed in deep thought while driving. While this is sobering in my car, it’s a bit more eyeopening when I’m on my motorcycle. Ah, it’s great to be alive! : )

Currently, one of the more significant sources of joy in my life flows from a similar path of action. Along with the desire to ride a motorcycle, another desire I’ve had from a very young age which I have finally taken action on is Portuguese-American dancing.  As a little boy I remember admiring all the adults as they danced the Chamarrita at the festas in Buhach. As the Caller called the moves, I remember being amazed with the utter uniqueness of what was happening. From then I’ve carried the life long goal of being a caller in the Chamarrita.  While I have yet to achieve that goal, I am a whole heck of a lot closer this year than I was last year.  After practicing for the past eight months, I am excited to announce that my first public performance will be this upcoming festa on Sunday, May 20th.  If you’re around the San Diego area you should definitely come check it out. All that said, as I have been investing in this over the past several months, my smile beams from ear to ear, my spirit rejoices, and my soul shouts in triumphant victory, “YES, FINALLY!”

Obviously a desire satisfied and a longing fulfilled is cause for great celebration. However, one can only experience such satisfaction if they are willing and able to take action, and more importantly, if they are aware of what they need to take action on. I was discussing this with my friend Kendall and she said, “Aaron, taking action on long standing desires is great, but I think the problem for most people is identifying what those desires are.” As I sat with that, I realized it was true…for me and for many others. In the chambers of our hearts our desires lay dormant, slowly being buried by the sands of time until a stirring, something which awakens and reminds us of longings past lifts them to the surface. If we are blessed with the mindfulness of such knowledge, if opportunity greets us with the potential to perform, and if we are willing and able to act on it all…oh what a glorious day! Conversely, when we are unable to take action on a desire for whatever circumstance, it is a cause for grief.

Last summer I was able to spend a week with my sister Doreen and her family out in New Jersey. Among all the great things we did, the highlight was seeing Beautiful: The Musical (The Story of Carol King) on Broadway. While the musical was fantastic, I am always torn whenever I experience musical theater because on one hand, my heart is filled with gladness because I am experiencing a heart language. On the other, I grieve because I wonder what my life would have been like if I had pursued music instead of physics in college. Don’t get me wrong, I’m glad to be doing what I’m doing now, and who’s to say I wouldn’t have ended up here anyway, but I think it’s part of being human to wonder “what if…” Since I cannot go back and change the past, and since I am happy with my life now, I guess the only thing I can do is to let go. Sometimes that is easier said than done…

Ahhh, what’s a post on the desires of the heart without speaking of love…

p.s. Below are some quotes and additional bits which I thought were relevant to the topic at hand. Enjoy!

“The heart has its reasons, which reason does not know.” – Blaise Pascal

“Sometimes the heart sees what is invisible to the eye.” -H Jackson Brown Jr.

“Your work is going to fill a large part of your life, and the only way to be truly satisfied is to do what you believe is great work. And the only way to do great work is to love what you do. If you haven’t found it yet, keep looking. Don’t settle. As with all matters of the heart, you’ll know when you find it.” -Steve Jobs

“The best and most beautiful things in the world cannot be seen or even touched–they must be felt with the heart.” -Helen Keller

“Many are the plans in a person’s heart, but it is the LORD’s purpose that prevails.” -Proverbs 19:21

Lyrics: You’re what I’m counting on

You’re what I’m counting on

A man in process. View all posts by Aaron Buttery

One thought on “The Heart’s Desire”